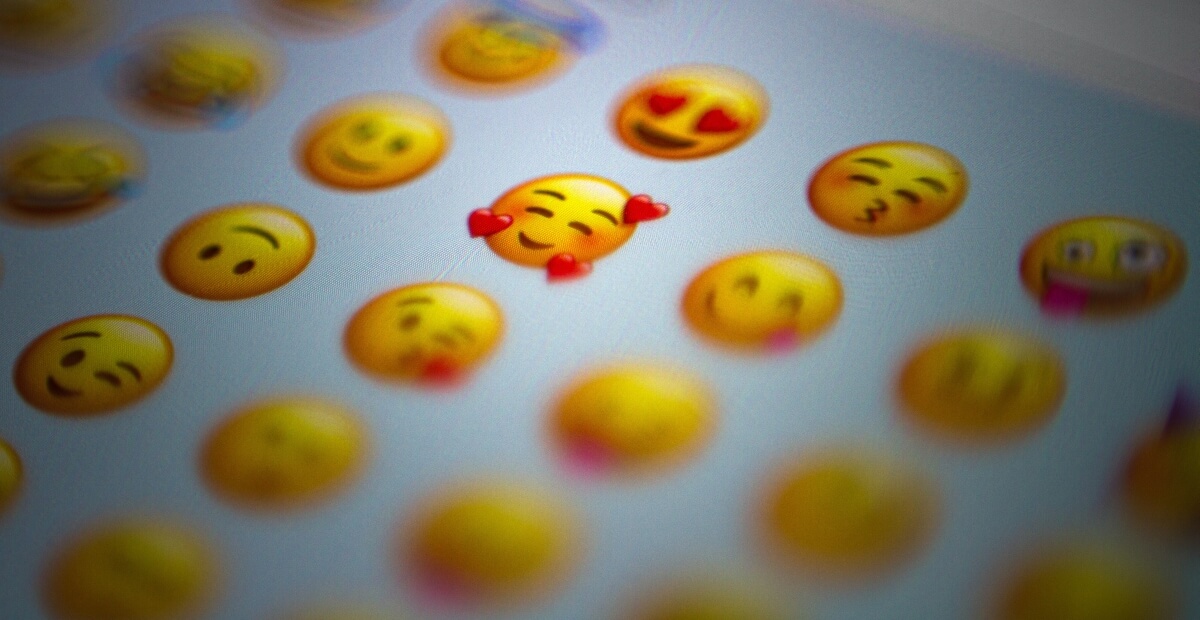 Since a few days, you can use ‪‎emoji‬ in your SMS‬ created and send via ‪‎SMSAPI‬ Customer Portal. Still – not many brands use such a feature, that’s why it’s a perfect way to differentiate your business from the competition. See how to use emoticons and emojis in SMS communication.

Emoticons and emojis in business communication

The most popular emojis

Emoticon – couple of letters, digits and punctuation marks that together form a new meaning. They mostly resemble gestures, facial expressions, animals or other things. The name is short of emotion and icon. The most popular emoticons indicate smile and different feelings, but there are also more complex ones.

Alleged first uses of emoticons date back to XIX century, although they weren’t called emoticons back then. It’s even hard to confirm that they were used consciously by authors. Nevertheless, among the first users were writers and even one president of the USA.

Mobile phones and text messaging are the reasons for the surge of the emoticons. The limited character count of SMS led people to shorten their sentences to squeeze more meaning.

Furthermore, emoticons help convey what is usually hard to message – emotions, hand gestures and facial expressions. With the simple 😉 an author can emphasize the humorous character of the message or even add hidden meaning.

Emoji – colourful images that replace emoticons. They are a new iteration of emoticons and they originate from Japan. They expand the idea of turning characters into an image, thus their name translates to e (image), moji (character).

Even one emoji in the body of SMS lowers the character quota to 70 (instead of 160).

Try typing “:)” in Word or WordPress, by default it will be replaced by emoji “😊”. Most applications (both desktop and mobile) have their own interpretations of emojis. Colours and shapes vary, but the meanings stay the same.

Not all emojis are displayed on every device. The support of this technology depends on the device and used application. It’s best to run a test before sending the SMS campaign.

Emoticons and emojis in business communication

Without a doubt, emoticons and emojis are part of modern communication and culture. Funny faces have even their own movie. 😉 That’s why it’s completely okay to use them in business communication and SMS marketing.

Emojis, as well as emojis, help to make communication more personal. They make message look closer to real conversation, something that people actually send to each other. Not to mention that colourful icons stand out and draw the reader’s attention.

They cannot be overused, because, like all other ornaments, they can also distract. Too many emojis might even make you look childish or unprofessional, especially if you are talking about serious or important matters. As usual, apply common sense.

Using emojis hints, sincere and personal approach to SMS communication. They work best when communicating with younger generations that use them in their everyday conversations. For one, millennials are an excellent target for such messages. Of course, you don’t have to limit yourself, a well-though text message with emoji will help break the ice even with the older audience.

Something to think about: certain emojis have second meanings, sometimes completely different from basic ones. For example, look up aubergine and peach emojis. Nevertheless, such emojis might be an excellent idea for a viral campaign or promotion targeting a narrow audience.

The most popular emojis

Below you can find example emojis that are supported by newest versions of Google Chrome and Mozilla Firefox browsers.

Source of emojis prestented above